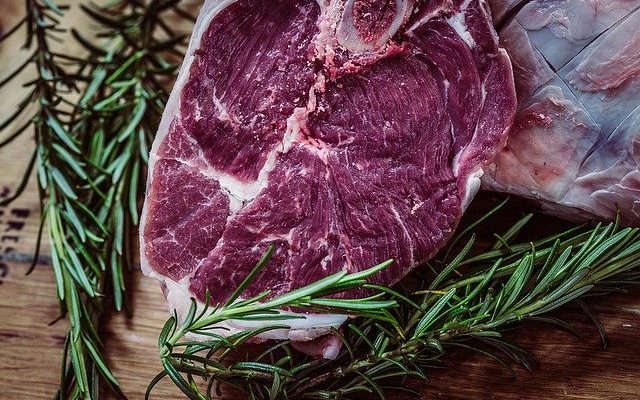 Even the Indians knew that putrefactive bacteria produce deadly poisons. They dipped their arrowheads into the flesh of dead animals in order to kill their enemies even if they just grazed them. Clostridioides are a category of bacteria that love meat. Tests are now showing signs that they can be deprived of their food source and promote healing. Healing in the sense of: in addition to antibiotic therapy, in order to possibly prevent a relapse.

The intestinal flora is known to be a colourful mixture of different bacteria. Each of them grows and thrives best when it is given its favourite food. Good cultures usually eat vegetarian food. Clostridia on the other hand like to feed on fat and protein, especially from animal sources. Those who avoid these substances in a C.Difficile infection and feed on carbohydrates could theoretically prevent their spread.

At least some laboratory experiments with mice point to this theory. In a US institute, the researchers first destroyed the animals’ intestinal flora with antibiotics and then injected them with a strain of C.difficile that produces the deadly toxins. Afterwards, different combinations of diets were tried:

This result might indicate that it could actually work to actively reduce the spread of the pathogens with the help of one’s own food. Or it could be a mixture of the two. The carbohydrate diet probably promotes the growth of other strains of bacteria, which in turn fight clostridia.

What to eat during an Clostridioides infection?

What is the conclusion? Probably it is that meat should be avoided to prevent a Clostridia relapse. Instead, noodles, potatoes, cooked vegetables, rice, etc. should be added to the diet. But – no sugar! Even dough it´s also carbohydrate.

Of course, you could now say that yoghurt and buttermilk also contain protein, although I wrote in the Clostridioides experience report that these things helped. Buttermilk contains 3.3g of protein per 100g, yoghurt about 10g, but meat sausage about 15g.

However, there is one difference: protein from meat is structured differently than that of dairy products. In addition, buttermilk and yoghurt contain bacteria cultures that meat does not contain either. These cultures contribute to the settlement of good bacteria in the intestinal flora, which in turn displace the clostridia. This is probably why they have helped.

Researchers at the University of Vienna also showed that sugar is another food source for C.Difficile. This means: in addition to temporarily giving up meat, it is sensible to avoid pure sugar. At least for a few weeks until the intestinal flora has balanced out after the antibiotic therapy.